Skip to content
Beginning October 5, the Hackett House is open to modified hours: Monday-Wednesday-Friday-Saturday from 11-5. Please visit our announcements page to learn more!

Try Pizza – “Wood Fired” – in your Own Backyard! 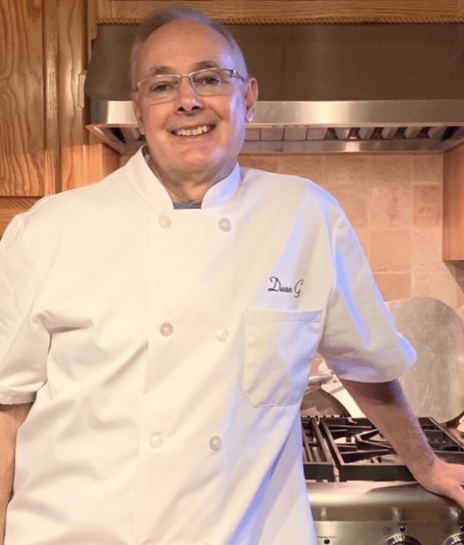 The members of the Hackett House are very pleased to welcome Tempe Sister City member, Dean Gambino, to do a  “wood-fired” pizza cooking class for us.

Dean inherited his passion for cooking from his parents, Salvatore and Theresa. For a time, they owned a restaurant and catering business in Utica, New York, serving up Italian-American classics & regional favorites such as pasta Bolognese, sausage and peppers, Chicken Marsala, tomato pie, Utica greens, and chicken riggies. The kitchen was the center of gravity in the Gambino home and Sunday dinners were the highlight. Olive oil and red wine brought family and friends together for a meal that lasted hours.

Dean spent his high school and college years working at restaurants and for one of the largest Kosher caterers in upstate New York. It was then that he began to experiment in the kitchen, testing new recipes and techniques. Though Dean ultimately followed his true calling into medicine, he never gave up his passion for cooking. Some years ago, he became determined to create a wood-oven for pizza making– without a wood oven. Many burnt crusts and one wrecked kitchen oven later, he has come close to perfecting this technique on a grill.

He and his wife, Liz, have been active members of Tempe Sister Cities for over 15 years. Liz has served as country director for Trollhättan, Sweden, since its inception in 2008 and Dean served on the selection committee for eight years.

Dean has been a practicing Otolaryngologist in the East Valley for 31 years.

and as always – – our included wine bar.

(REGISTER FOR THIS CLASS AND THE CHINESE COOKING CLASS ON FEB. 3 AND RECEIVE A DISCOUNT OF $10 PER PERSON.)